Take a Virtual Tour
Our Supporters

Martin grew Ainscough Crane Hire into the largest and most successful crane business in the United Kingdom, prior to its £255 million sale in 2007. He is also Chairman of the Ainscough Group of Companies.

As well as being an incredibly successful businessman, Martin has always given something back to the community that served him so well. In 2013, Martin, along with his cousin Bill, who made his success through the growth of his Wainhomes house-building empire and Dave Whelan, the former owner of Wigan Athletic FC, founded Wigan Youth Zone – a facility part of the growing network of OnSide Youth Zones.

Over the last three years, Wigan Youth Zone has gone from strength to strength. It now has over 5,000 members and up to 200 young people accessing the provision per evening.

Martin has seen the success of Wigan Youth Zone and wants Chorley’s young people to have the same opportunities.

Chairman of Wigan Youth Zone, Martin Ainscough, said: “I have experienced first-hand the overwhelming impact Wigan Youth Zone has had on the young people of the town. I know the town of Chorley very well and Inspire Youth Zone really will make a difference to their lives – as Wigan and the other OnSide Youth Zones have.”

Chorley Youth Zone Chairman Andrew Turner said: “We are hugely grateful to Martin for his incredible gesture in which the young people of Chorley will benefit from greatly. It is people like him, which will make this project a reality for Chorley’s young people who deserve the best.” 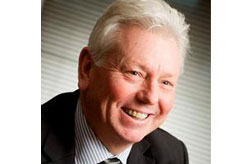 We can't do this without you

Speak to a member of the fundraising team today to find out how you can help.

Whether as an individual or an organisation we want to hear from you.  It takes around £6.5million to open a new OnSide Youth Zone in the UK and as the need for these centres of the community grows so does our focus on securing new funding and new supporters.

How to get OnSide

Please contact us today to discuss how you can support an existing or new OnSide Youth Zone. We’d also love to show you around a local OnSide Youth Zone, allowing you to see for yourself the impact that these centres make can be life-changing.